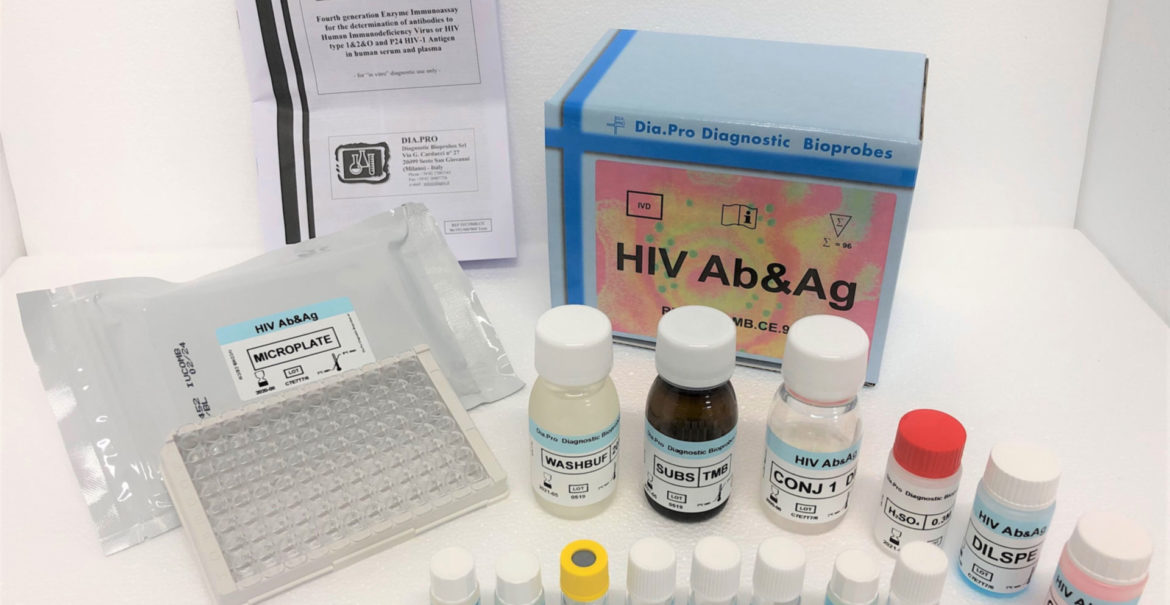 Epidemiological evidence indicates that an infectious agent transmitted through intimate contact, intravenous drug use or use of infected blood or blood products leads to Acquired Immunodeficiency Syndrome (AIDS). This disease affects T-cell mediated immunity, resulting in severe lymphopenia and a reduced subpopulation of helper T-lymphocytes.

Destruction of this T-lymphocyte population by the virus causes an immune deficiency, resulting in a reduced or deficient response to subsequent infections. Consequently, infections become more severe and may cause death. At present, there is no successful treatment for AIDS. The etiological agent has been identified as a retrovirus, human immunodeficiency virus type 1 (HIV-1). A closely related, but distinct type of immunodeficiency virus, designated HIV-2, has also been isolated.

This virus causes a disease that is indistinguishable from AIDS. Serological cross-reactivity between HIV-1 and HIV-2 has been shown to be highly variable from sample to sample. This variability requires the inclusion of antigens to both HIV-1 and HIV-2 for the screening of antibodies to HIV-1 and HIV-2. The presence of anti-HIV-1 and/or anti-HIV-2 and/or HIV p24 antigen in the blood indicates potential infection with HIV-1 and/or HIV-2 and consequently this blood should not be used for transfusion or for manufacture of injectable products.